Dark Souls 2 always seemed like a prime candidate for an Xbox One and PS4 makeover, having controversially failed to deliver the visual experience fans were promised during early tech demos and trailers.

Fortunately we were able to overlook a few rough edges because the game itself was absolutely superb, featuring the same imposing atmosphere as its predecessor, all the while making things that little bit more accessible for newcomers.

It perhaps didn’t quite reach the same lofty heights as the original Dark Souls (what game could?) partly because the game world wasn’t as intricately woven together as its forebear. And even though it was ruddy hard at times, its generous levelling system meant it wasn’t always as punishing.

Through a combination of added content, visual upgrades and gameplay tweaks, Dark Souls 2: Scholar of the First Sin addresses some of these issues, making it the definitive version of one of last year’s finest games. 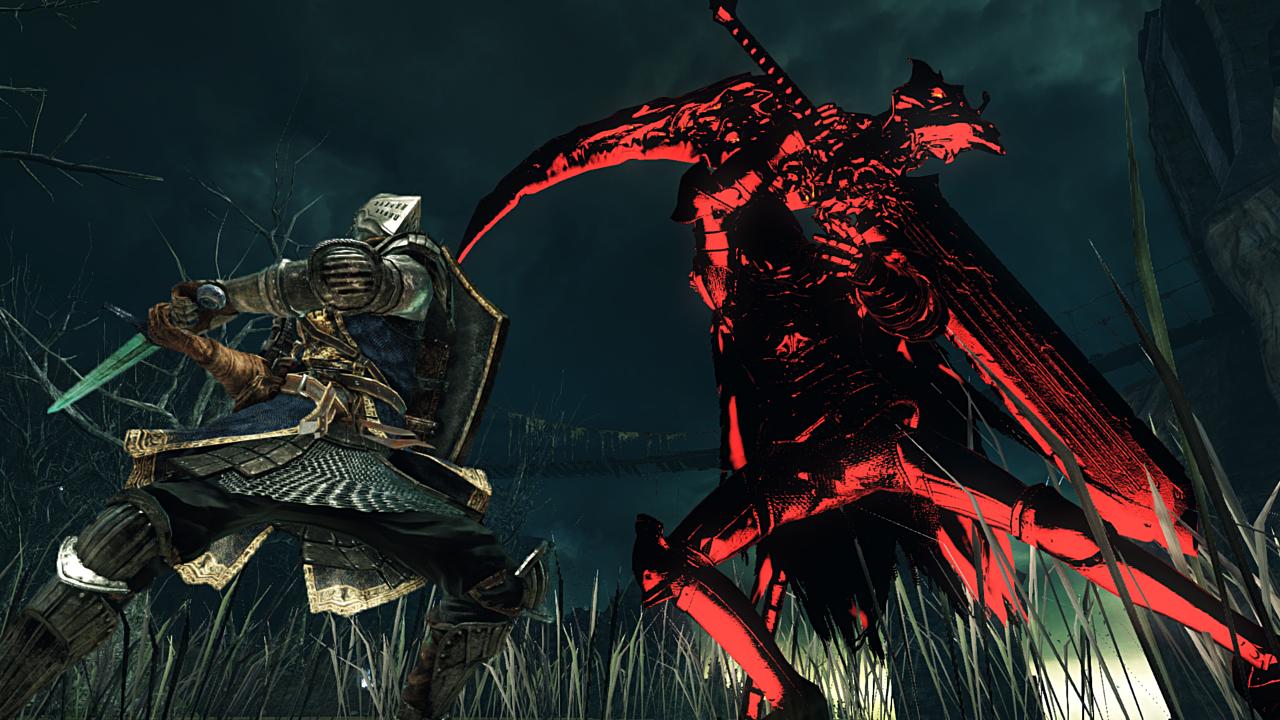 And what a game it is. It’s not a horror game, but its an adventure that can be absolutely terrifying as you venture into a new area and come across a hideous new enemy capable of inflicting huge amounts of damage.

Agonisingly close to the next bonfire and with a generous helping of souls to cash in for a well-earned upgrade, survival requires enormous skill and concentration. Take the game lightly and you risk losing everything. It’s stressful enough to make your heart-pound and palms sweat, but that’s the way we like it.

As for Scholar of the First Sin, while it still doesn’t hit the heady heights of those early Dark Souls 2 gameplay demonstrations in the visual department, it is a clear step up from the PS3 and Xbox 360 versions – with an emphasis on the word clear.

The textures are still a bit dodgy and environments aren’t anywhere near as detailed as the ones found in freshly-released PS4 exclusive Bloodborne, but the animations are noticeably smoother and locations much brighter and sharper, giving users a better view of the game world and the monsters that inhabit it.

This greater level of clarity actually offers some gameplay benefits, especially when you venture into dark and dingy locations such as No Man’s Wharf and The Gutter.

While it’s still beneficial to carry a torch with you when you enter these underground lairs, you can now see more than a few feet in front of you, which is handy for navigation, combat and identifying where those pesky arrows are coming from.